At the Taupo BMX Club Annual General Meeting held on 22nd June 2014, Steve Amrein was nominated and accepted as a Life Member of Taupo BMX Club. 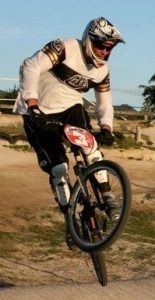 This is a very brief history of Steve’s involvement in the sport and Taupo BMX Club.

If you ask his wife he can be known to put BMX before his own family. Whether it is the endless hours at a working bee at the track (when the skiing isn’t going off) or simply helping source BMX parts for a new BMX Member, he is always keen to talk BMX!! It is his passion, he is competitive at it and he has a drive to help others succeed in it. He is a Role model to young kids and parents and has been so in the Taupo Region for many years. 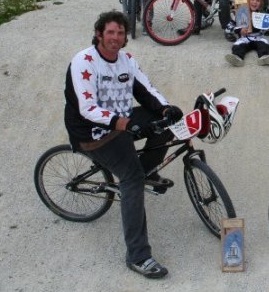 He has competed in every Nationals (except 2014) and NI Titles for the last 11 years and has usually always made the finals. Here are some of the high points of his BMX career.