New Zealand’s leading BMX riders could not convert encouraging qualifying performances as they missed out in elimination rounds of the UCI World Cup Supercross in California today.

World silver medallist Marc Willers and the much-improved Daniel Franks both missed out in the quarterfinals, while talented teenager Trent Jones knocked himself out during qualifying motos at the USA training centre at Chula Vista.

"On paper we did not get anyone through to the semifinals but overall I thought we had three or four riders right on the pace," Hollows said.

"We had five men through to the elimination rounds which is a record. Dan Franks and Trent Jones have definitely improved significantly and have taken a lot of confidence from strong performances at the world championships in Auckland."

Hollows said Willers had looked strong and Matt Cameron had improved in his first qualifying performance. Gisborne’s Nic Fox was another to make strides this season in the US.

Both Willers and Franks under-jumped the challenging second pro straight at Chula Vista. Willers ended up popping a tyre while Franks came down after both were in position to qualify for the semifinals.

Earlier Jones, also in a strong position to qualify for his first elimination rounds at a World Cup Supercross, got caught in a crash in the second moto where he was knocked out and withdrew from racing.

Cameron and Fox sixth and seventh respectively in their moto group and did not progress to the quarterfinals.

"There’s no doubt that having the world championships in New Zealand was a huge opportunity for our riders. Given we have the likes of Kurt Pickard to return, we have a group of riders who have definitely taken a big step up.

"With more hard work over the summer, they can now looking forward to qualifying for elimination rounds and progress into semifinals and finals in World Cup Sueprcross on a regular basis next year," said Hollows. 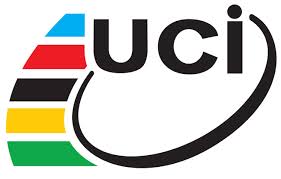