After winning on the first day, the Tauranga rider finished second today, while BikeNZ teammate Matt Cameron (New Plymouth) grabbed his best finish in fifth in the weather shortened day. Rain brought a premature end to the professional racing after the quarterfinals at South Park today, with final results placed on points to that stage.

BikeNZ Coach Ryan Hollows was pleased with the further development from his group three weeks out from the UCI BMX World Championships in Auckland.

The squad heads back to New Zealand this week with a final staging camp in Brisbane next week ahead of the championships on 24-28 July at Vector Arena.

“We have got in some excellent training and racing and the team has developed well,” Hollows said. “Kurt Pickard came here with an injury but has thrived and now he is fully fit, the results are coming. He was fast again today, while Matt Cameron has been really solid and just missed out on a number of Main Finals. Today was a great way for him to finish.”

American Corben Sharrah, runner-up to Pickard on the first day, was awarded the overall win from the New Zealander.

“Physically the squad is in good shape and they got in some excellent racing which has been vital to our preparations,” Hollows said.

The BikeNZ High Performance team including Sarah Walker will make a public appearance at a Pump Track promotion at Sylvia Park in Auckland this Saturday from noon to 3pm. 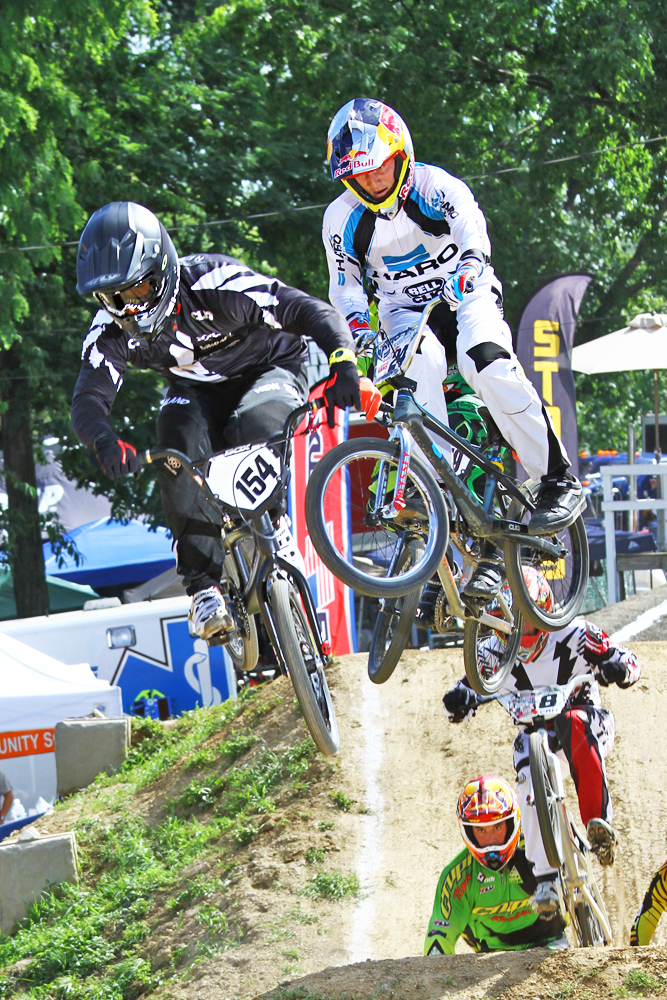