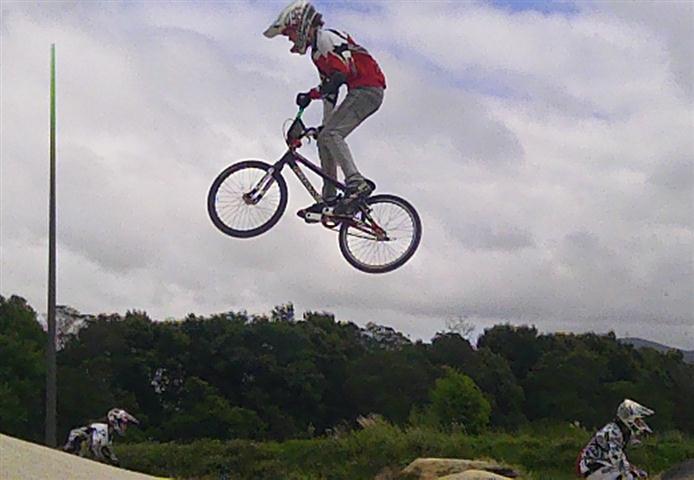 The BMX season has almost reached its climax with the BMX NZ National Championships held over Easter Weekend, 6th 7th and 8th April.
I have just two more weeks of intense training in preparation for the BMX NZ National Championships. This year they are being held at Rotorua. I am riding in two classes; 12yr old boys 20” and 12 and under Cruiser (24”). My goal of course is to achieve NZ 1 in both classes.
My achievements over the season have been consistent. I focussed on the Waikato Junior Superclass this season, which is a series of 7 rounds, competing at each of the tracks in the Waikato district. The riders are aged 11 to 13yrs, so I have plenty of competition.
January
•    21/22th Grand Prix Te Awamutu.
-Waikato Junior Super Class Round 4, placed 3rd
February
•    12th Taupo meet Taupo
-Junior Super Class age 11 to 13 placed 2nd
-Cruiser 10-13yrs placed 2nd
•    25th TeKuiti Twilight
-Waikato Junior Superclass Round 6 placed 3rd
March
•    3rd/4th Waikato Region Champs
-Waikato Junior Super Class Final Round.
(On Saturday morning I raced 4 Motos at Hamilton, then in the afternoon 4 Motos at Te-Awamutu. Finally, on Sunday morning, in Cambridge I raced 3 motos and a final. I was placed 3rd over the weekend and 2nd over the whole Super Class Series.)