The final club night will be tomorrow - Wednesday 12th December.  We will resume club days on Wednesday January 16th 2013.

End of year prize giving and breakup will be held at Suncourt Hotel next Wednesday 19th December.  Feel free to arrive from 5.30pm however prize giving will commence at 6pm SHARP!  Santa Claus will be arriving about 7pm so please bring along a $5 valued gift for your own children so that it can be added to his sack.

There will be a free sausage and drink for club members and the bar will be open with house wine and beer available.  If the weather is fine, bring the togs for the kids so they can have a swim after prize giving and the adults can have a get together and a drink.

Please note that if you have joined the club after September this year, you are not eligible for 2012 prize giving as you fall into the 2013 season.  You are still more than welcome to join us however - just bring a gift for the Santa sack!

Next Tuesday will be the last training till next year with training commencing on Tuesday 22nd January 2013 at the usual times.

Just a reminder that tomorrow is the last club night that Jane will be sending the last lot of licences to BMXNZ before they close down for Xmas.  BMXNZ are shut for most of January so if you are wanting to race away in January or February or use the track over the holidays can you please get your money and forms to Jane NO LATER than the 15th December.  Information and forms can be downloaded from our website:  https://taupobmx.org.nz/joiningbmx.html

REMEMBER:  Taupo BMX Club's February meet is on the 17th of February, so to be able to ride in that you will need a licence.

We will have an end of year working bee on December 22nd.  This will be a casual one where the focus will be on the lawns etc.  Bring a lawnmower and a weedeater and the kids!  We will crank the BBQ in the afternoon so bring a few drinks for a pre-Christmas wind down while the kids are winding up on the track.

Well done to all Taupo BMX riders who competed over the weekend on both days.  Check out the photo's online either on our Facebook page or on our website.
Tauranga Meet Photos
Central Region Champs Photos

Thank you to everyone who participated in the annual Taupo Chrismas parade on December 1st.  Great fun was had by all and this lifts our exposure in the Taupo community.  Photo's of the day can be found here:  Taupo BMX Photos

Have a very merry Christmas and if we don't see you at prize giving, have a happy new year! 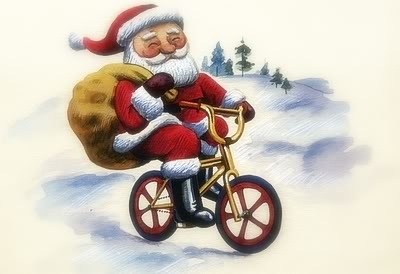